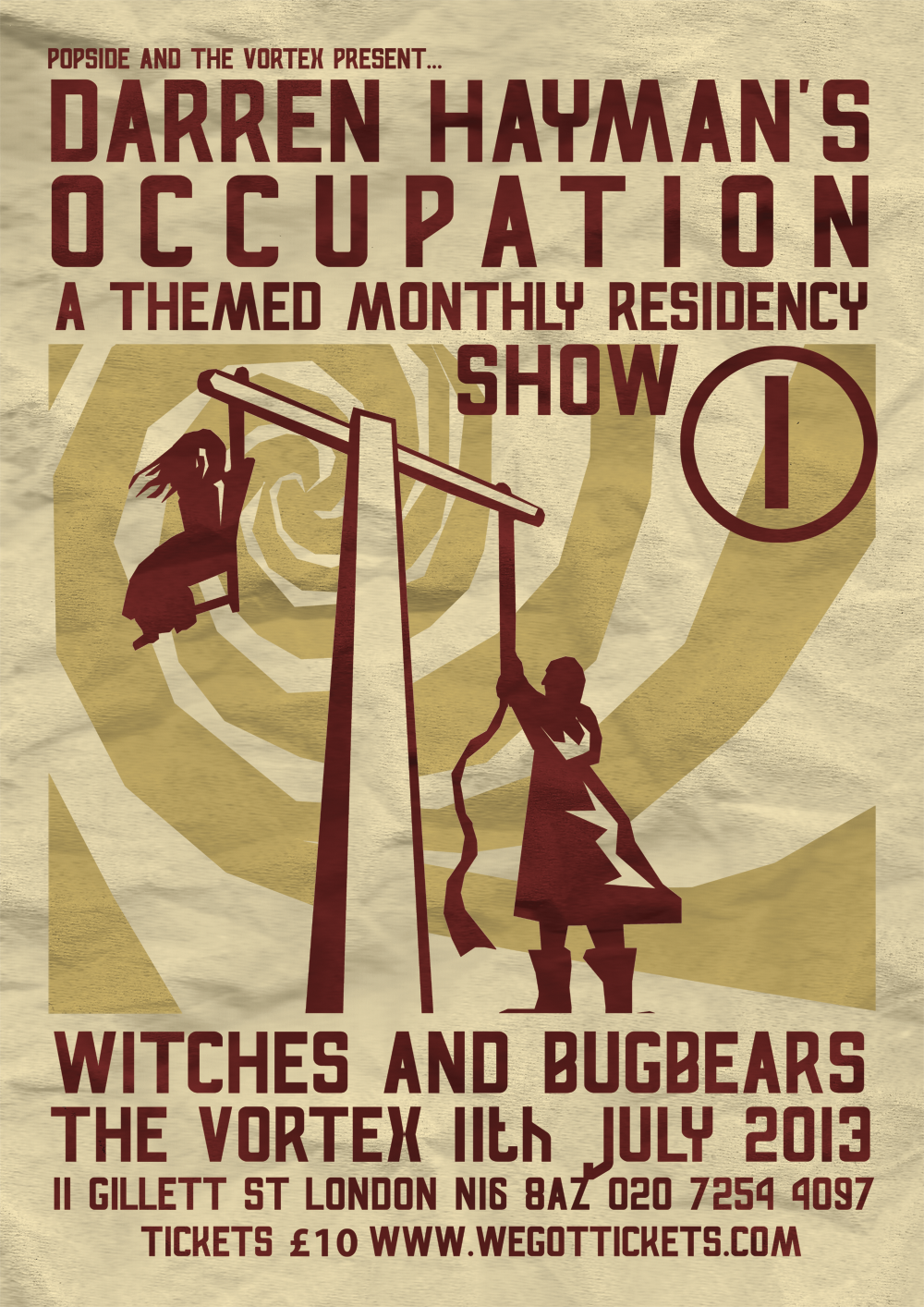 Popside and The Vortex Present…

The first show of Darren Hayman’s new monthly (every second Thursday) residency at The Vortex.

Two sets based around the Essex Witch Trials during the English Civil War. One set of songs from Darren’s acclaimed album “The Violence” and a second of English Civil War songs taken from its sister album “Bugbears” which is out on Fika Recordings 15/07/13.

Tickets are £10 and seating is limited so book early to guarantee yourself a spot and ticket holders will get a poster designed by Darren for each show.