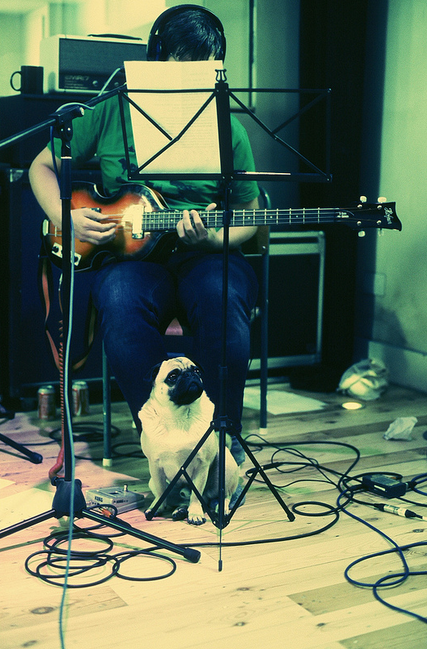 This is a charity raffle for a song written about a dog by Darren Hayman. The bloke that used to be in Hefner.

The raffle is aid of Manchester and Cheshire Dogs, who suffered an arson attack on their premises in Manchester this week.
The winner will have a song written for them about their dog, living or dead. Or if they don’t have a dog, an imagined or metaphorical dog. Darren will ask some questions, gather some facts and information from the winner.
The winner can chose if it’s a piano or guitar song. The winner can choose the key and if it’s major or minor. Then Darren will write it, record it. Put it in a sleeve, draw the cover and send it to you. (give him a week to do this.)
It won’t be a joke song or a left over. It will be good and Darren will work hard on it. He’ll sing his heart out. Each ticket will be £5 (or more if you wish).
When the raffle is over (Tuesday night 8pm). Darren will collect all of the emails, print them. Put them in a hat and pick one out. Maybe we’ll get an independent adjudicator or something.
Any questions? ask Darren or his friend Peter who organised this on twitter at @darrenhayman or @Pedro_Dee