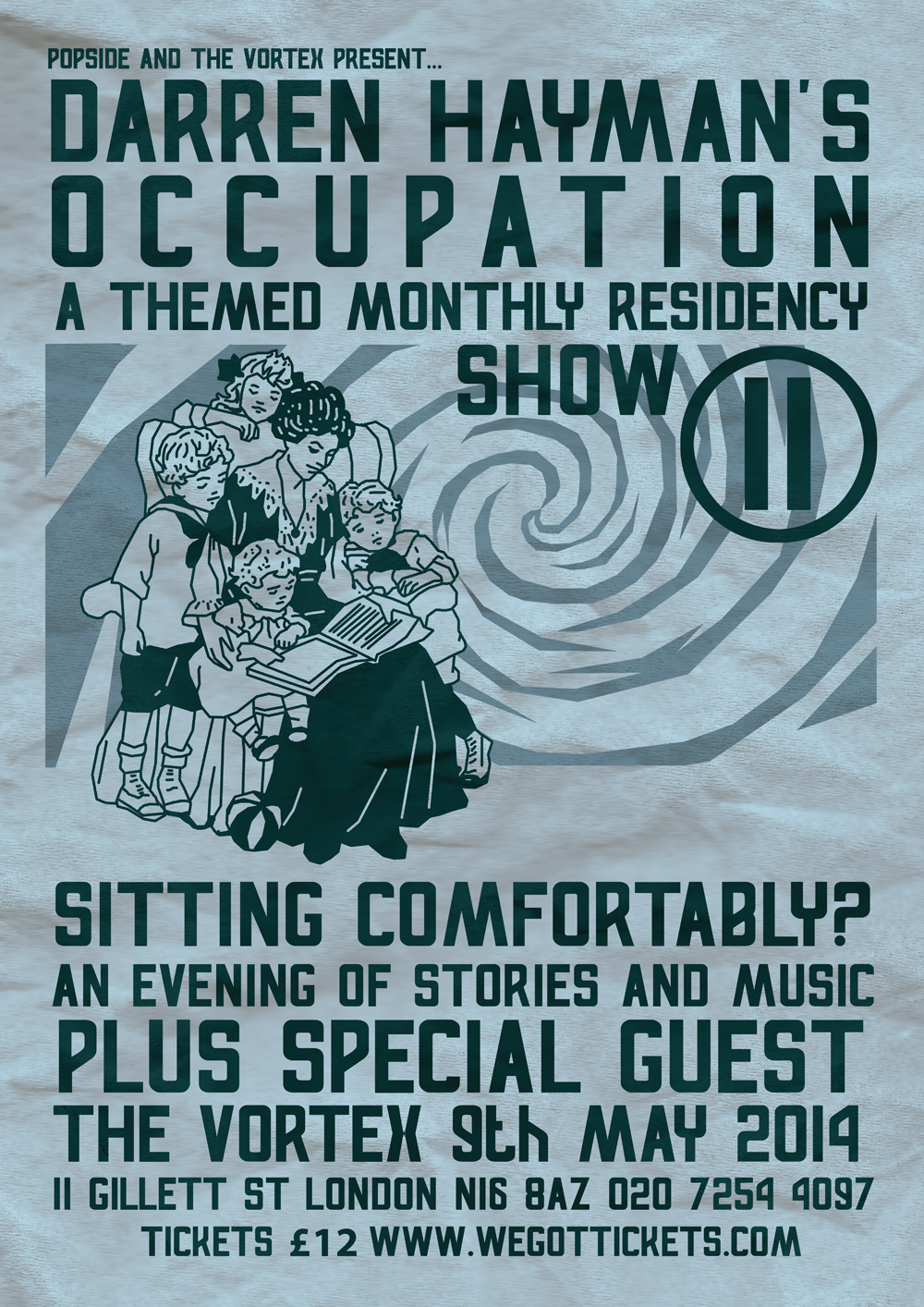 One of the first ideas of the Occupation shows that was by having to do a show each and every month the pressure would lead me to do new and interesting things.

Two of the highlights for me so far have been the improvised spoken word pieces on Occupation 3 and 7. The first time accompanied by free improv artists Gail Brand and Mark Sanders and the second time with my own band, The Long Parliament.

I decided to stretch this idea into an experimental of story telling. I will write pieces for the night and ask musicians to provide improvised backing. I will perform the three or four spoken word pieces that have appeared on my records previously.

I will also perform the more story based/narrative songs from my back catalogue. So it isn’t totally an evening of prose.

The special guest is special, honest.