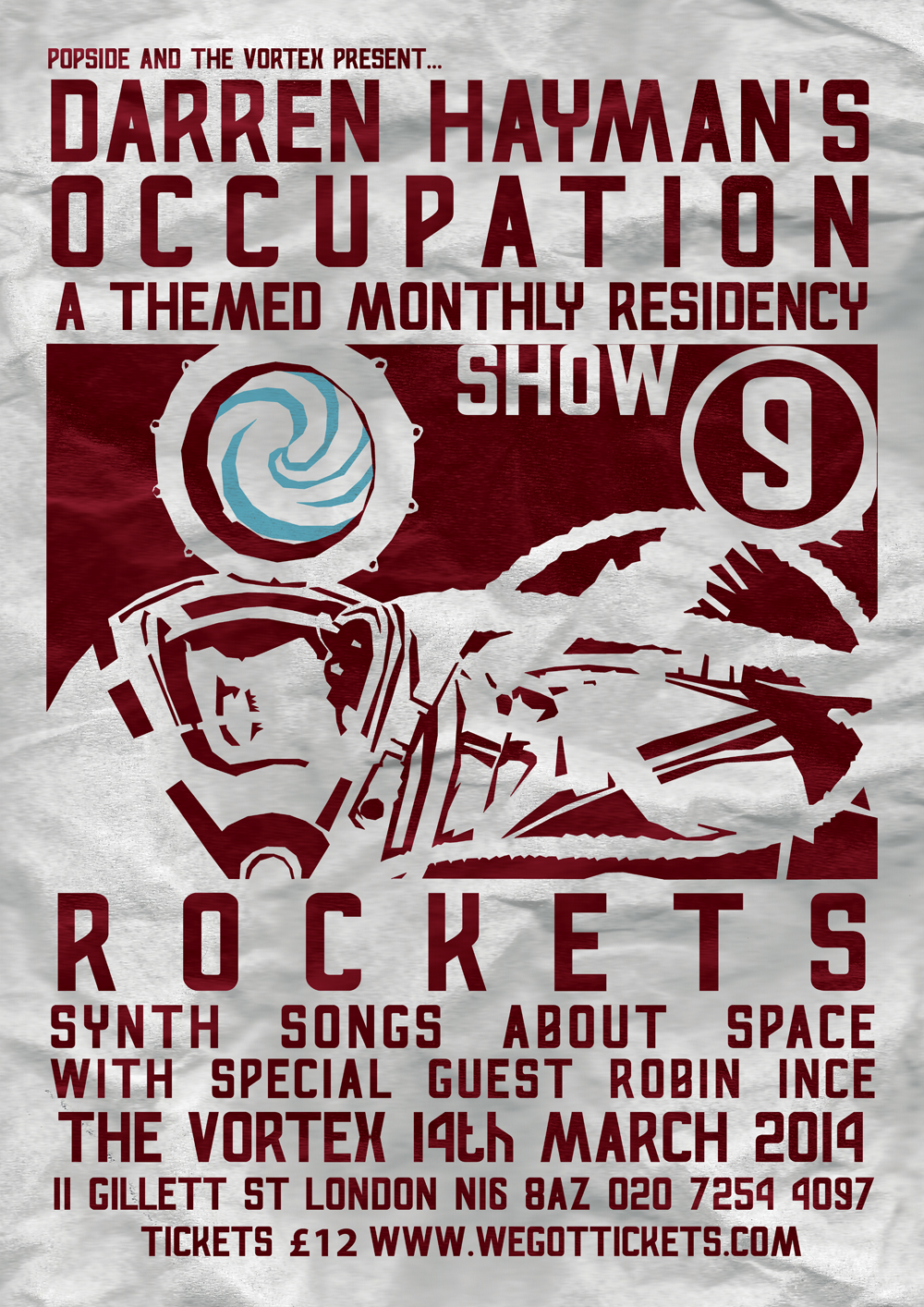 In Hefner I wrote a song about Alan Bean, the fourth man on the moon.

In 2011 I held an exhibition of paintings about animals and people in space with Robert Rotifer, Sarah Lippet Paul Rains and Duncan Barrett.

We also made a CD on which I sung two songs about the Russian Space Dogs.

Around 2005 I tried to write and record 12 songs about each of the astronauts who walked on the moon. I wrote seven of them.

My own label ‘Belka’ is named after one of the first two dogs to go into earth orbit and return alive.

Several other song of mine like The Protons and the Neutrons use the imagery of the cosmos.

I want to bring all of these themes and songs together in one show on the 14th march at the Vortex.

Usually live I use stringed, folky instruments but I am also known for using electronica. For this show I’m going to bring some of my synthesizers and old analogue drum machines. It will be a treat.

Support comes from the famous comedian Robin Ince. Who knows about Space.