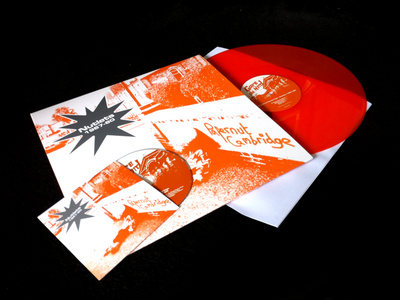 ‘As I’ve said previously on here, the most fun I have onstage and in the studio at the moment is with Papernut Cambridge. On this record I’m playing keyboards, bass, percussion and saxophone. Songwriter and head ‘nut’ has gone back to his childhood and recorded the pop classics that shaped his Papernut masterplan.’ 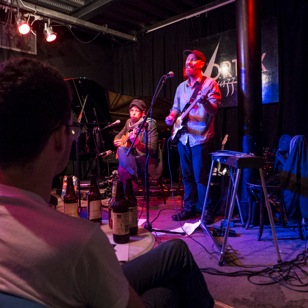 Read it here at God is in the TV 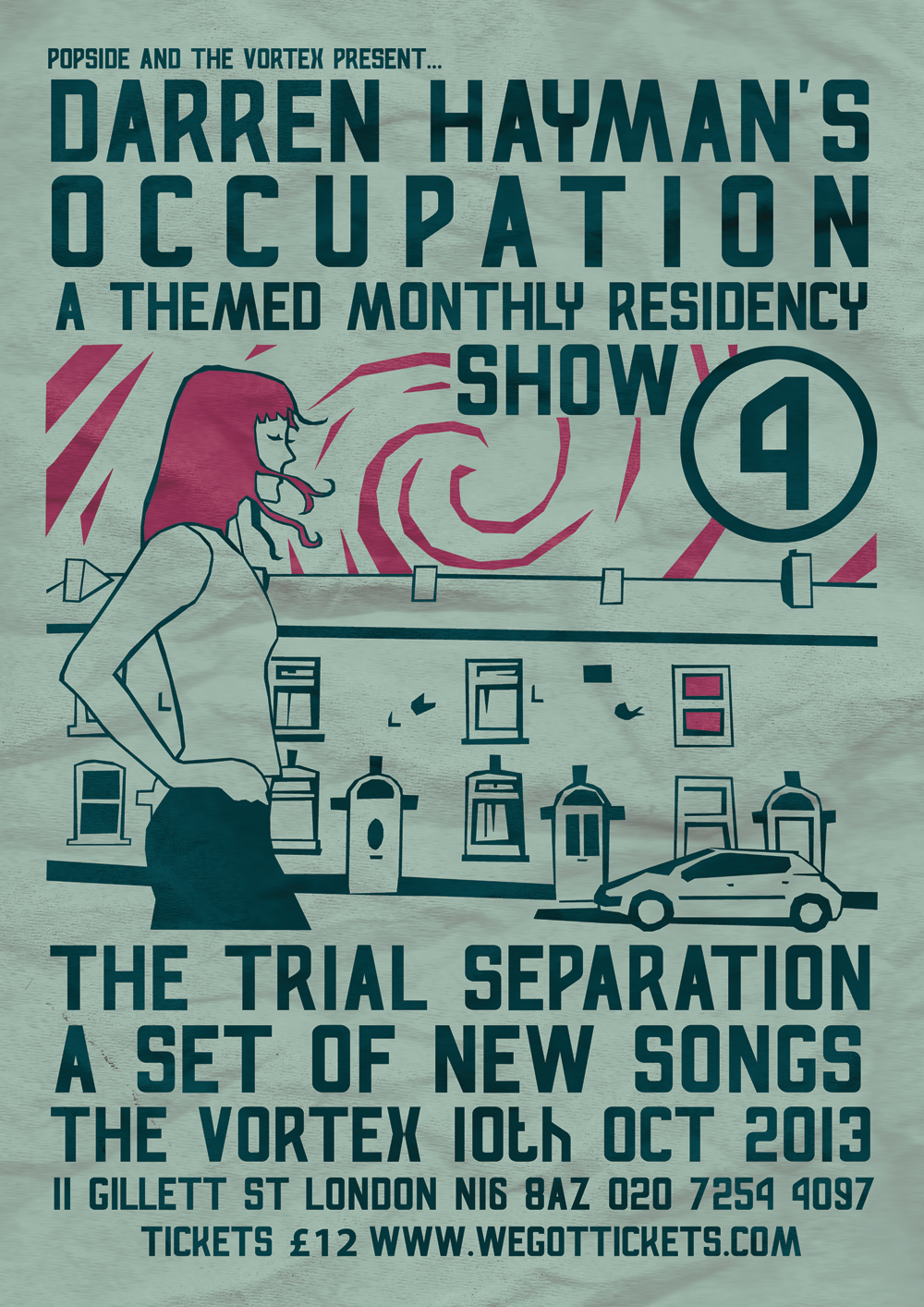 One part of the Occupation idea is that we would do things we had never done before. That in getting used to the venue we would be spurred on to do new and experimental things. So far at each of the shows we have performed new songs. On October the tenth we take this one step further with a whole night of new song.

During August we hope to record all of these songs in a chapel in Wales. The songs are more loosely themed than recent albums but the songs do have a thread running through them. Soft pulsing hymns of regret.

These are songs about love gone wrong. A break up album. Please come and see us play a whole set of new songs on October 10th.

2.
As the extraordinary The Violence records at double-album length, 17th century British people believed in witches — believed in them enough to hang a few hundred poor, defenseless old women. Surely this has to be the apogee of superstition?

Now this may sound as if the 17th century had one foot in the ancient and one foot in the modern. But this is not an entirely helpful way of seeing it. Because witch-persecution seemed perfectly reconcilable with all of the above to almost everyone. It’s to us that they seem incompatible. In a way an interest in witchcraft and magic and astrology not only coexisted with the scientific method; they were different elements of the same belief system. Isaac Newton believed in alchemy and angels and magic, and revolutionised modern mathematics.

No doubt there were charlatans among the astrologers in London; but there were also honest and sincere people. The song ‘Bold Astrologer’ tells of one. In the song the astrologer is visited by a young serving girl; but later the same day he might have been visited by Shakespeare, Cromwell, or Isaac Newton. Plenty of people, especially the educated, expressed scepticism about astrology, but nonetheless attended them, or bought their books.

3.
There was not only a civil war in the 1640s and 50s but also a political revolution. Men and women (mainly men) argued about the democratic franchise and property rights. In a debate held in a church in 1647, one colonel in Cromwell’s army famously said: “For really I think that the poorest he that is in England hath a life to live, as the greatest he; and therefore … every man that is to live under a government ought first by his own consent to put himself under that government; and I do think that the poorest man in England is not at all bound in a strict sense to that government that he hath not had a voice [i.e. a vote] to put himself under”. People argued about the king’s prerogative and the power of parliament. They argued about whether a republic

Darren Hayman and & Short Parliament’s album Bugbears is a rare thing. It’s a vision of the 17th century, and particularly the civil wars that saw Britain turned upside down; but it’s done through music that, though it’s more-or-less folky, is not at all nostalgic. Modern folk and 17th century history: it could be a little offputting. Putting aside the question of folk music, why would anyone be interested in the 17th century?

Here are three reasons, three things that everyone should know about Britain during those times:

1.
There was an information revolution. Really this began in mainland Europe with Johannes Gutenberg’s invention of movable type in the middle of the 15th century, which revolutionised printing. But in Britain it happened between the late 16th and 17th centuries. What happened? New communication media — cheap print — opened up new kinds of dialogues, speeding up communication, making great swathes of information that had previously been the preserve of educated elites available to a much broader public. At the same time many people worried about these new media: would they disrupt old ways of learning and traditional values? Would they undermine knowledge as much as they spread it? How could you know whether something in these new media was true?

Does any of this sound familiar?

Cheap print was in some ways the equivalent of the internet. It seemed exciting and threatening at the same time. In Britain pamphlets began to appear — short books that argued about politics and religion in popular, accessible writing. They were intended to change what the reading public thought about things. Governments were concerned about the way pamphlets and pamphleteering might turn the world upside down, and from time to time tried to quash them. Pamphlets could not only be read by cobblers and tinkers: they could be written by them (actually the few who were literate). Gradually, however, politicians and governments accepted that pamphlets couldn’t be eradicated entirely, and increasingly they became part of the conduct of ordinary, everyday politics. If you wanted people to take your side, you persuaded them through print.

Pamphlets were like blogs: pithy statements of fact and opinion, arguments with invisible enemies that sewed new ideas, explorations of popular religion that were not controlled or authorised by the church. Writers didn’t care who their anonymous readers were: this was a very public, perhaps democratic, form of engagement. With a pamphlet you could try to persuade people to take your side in an already polarised conflict; or you could just throw an idea out there and see if it floated. When the civil wars began — in 1637 or 1642 depending on how you look at it — pamphlets were part of the warfare. They were paper bullets.

Meanwhile weekly newspapers (which appeared in 1641) speeded up the news, and made more news accessible to more people. In a way they created the first news cycle (at least in Britain), because readers expected weekly updates. These days

As a natural born skeptic, I was excited to have the opportunity to illustrate a song about superstition in the Age of Reason, and chose to depict a learned man of means plagued by his own doubts and fears. I’ve tried to construct an image that wouldn’t look totally out of place in an early edition of The Gentleman’s Field Guide to Efficient Grouse-Stalking, or similar.

JW Paterson is an artist and illustrator based in Brisbane, Australia.

His illustration work can be seen on local and international t-shirt and skateboard brands, and is about to be published in a Dungeons & Dragons book due out later this year.

A second video preview from the album…