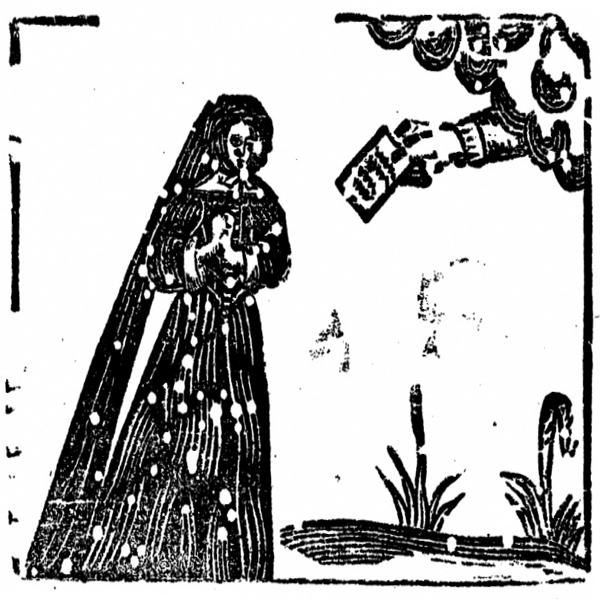 One of the many things I really like about the Violence and Bugbears albums is that as well as the sound of the songs, we get words and pictures, even for the instrumental pieces!

In the seventeenth century too, if you bought a song you had heard and liked from a singer – perhaps in the street, at a market or in an alehouse or tavern – you would buy the words and pictures, printed on one side of a single sheet  (known as a broadside ballad), and put it in your song collection. For example, Anthony Wood, in later life a scholar at Oxford University, began his ballad collection – of more than four hundred songs – as a young boy of 8 years old.

Incredibly, four hundred years later, ten thousand of these flimsy single-sheet songs still exist thanks to collectors like Anthony Wood. Many have been made freely available on the web by Oxford University: http://bodley24.bodley.ox.ac.uk/cgibin/acwwweng/maske.pl?db=ballads

And the University of California, Santa Barbara

I’ve been studying these songs for a long time now – in particular what we might today call ‘politopop’ – topical songs that tried to make political or religious messages. Interestingly, not only the Cavaliers used songs to get their points across.  Puritans too had a way with words and music and merry morality was being sung in the towns and cities of Old England. Many broadside ballads supported parliamentarians and even Cromwell and his armies in the 1640s and 50s.

But Cavaliers won the war, and so they got to dictate the tune of history ever after. Today, the songs that are best remembered are the royalist ones – only historians like me know about the Puritan ones – while evidence shows that many ‘puritan’ songs were destroyed by their collectors after the King returned – perhaps because they were afraid that their loyalty would be questioned.

One of the longest lasting royalist songs was not in fact ‘When the King Enjoys is own again’ – though this was a popular tune. It was a song lamenting the death of Princess Elizabeth Stuart (b. 1635), sister to Charles II, in 1650, just a year after her father the King’s execution by Parliamentarian forces.

Though placed under house arrest throughout the period of the civil wars, Elizabeth was well-known as a stalwart supporter of the royalist cause and famously wrote an account of Charles I’s last meeting with his children. Among the gifts he distributed, he gave his young daughter a Bible.

Elizabeth proved a thorn in the side of Parliament, vigorously complaining about the treatment and housing she and her brothers endured. Parliament tried to break her spirit not only by moving her around but also by condemning her and her youngest brother to listen to two sermons a day. This, however, was just what she liked! Poems were published celebrating her pious scholarship and knowledge of languages, including Greek and Hebrew.

Her final move to the Isle of Wight when she was unwell proved fatal. She died just as, in London, Parliament finally agreed to let her go abroad to join her mother. She was buried in a tomb unmarked except for the initials E. S.

Incredibly popular, it ran to at least six editions that same year (at least three thousand sheets). Anthony Wood’s edition was ‘signed’ with the same initials that were carved on her simple tomb ‘E.S.’.

Parliament did nothing to stop it.

Lamenting Lady’s Last Farewell to the World by Darren Hayman

Princess Elizabeth’s song and story continued to be popular after her brother returned, with two more editions in the 1680s and three more in the eighteenth century. By then the song came with a new woodcut image – one that portrayed the captive scholar princess with her father’s Bible.

This image continued to be influential in portraits through to the nineteenth century, at which point Queen Victoria decided that her young ancestor should be given a proper tomb in keeping with her status. Perhaps influenced by our ballad in some way, she commissioned an effigy that depicted the young princess asleep in death, with her head on her father’s book.