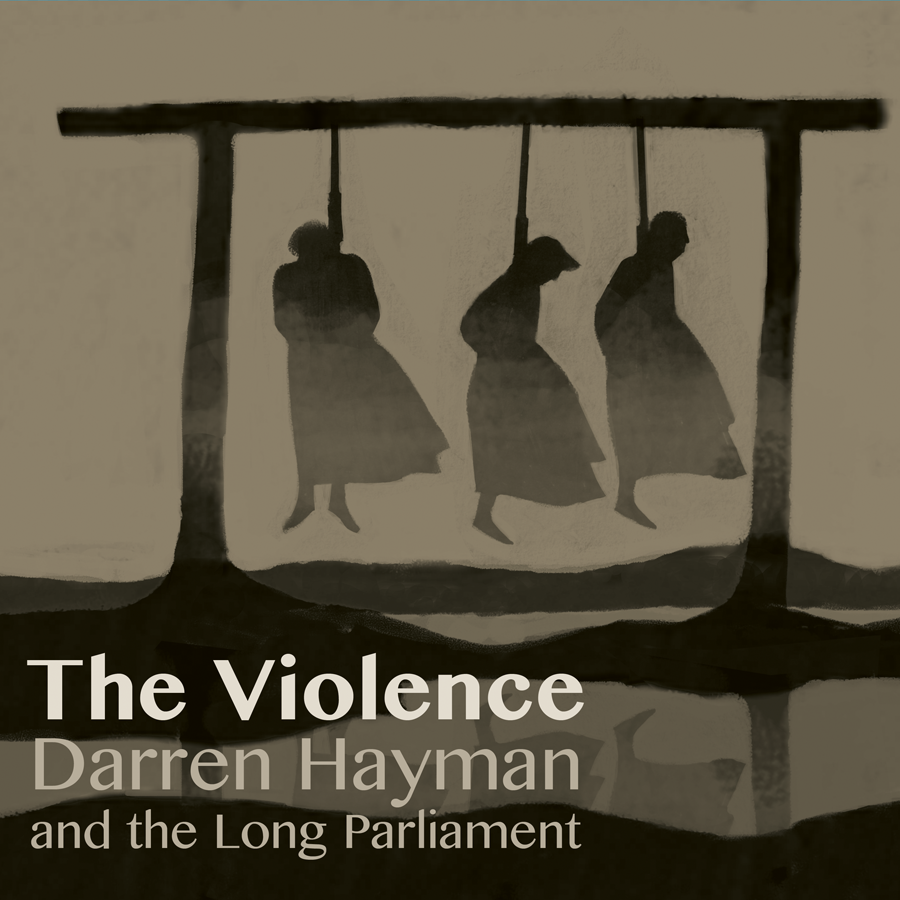 The Violence by Darren Hayman and the Long Parliament

In all that time, however, Hayman’s real focus has been on this, a 20-song, double LP chronicling the 17th century Essex Witch Trials during the English Civil Wars. The record constitutes the third part of Darren’s Essex Trilogy. The previous two albums, Pram Town and Essex Arms, dealt with the new towns and suburbs and the lawless countryside.

“I have been drawn to my birthplace because it is both familiar and alien to me,” says Hayman. “Essex is so close to London yet so remote from it in many ways. I want to be both brutal and tender about the place in my songs. It’s easy to become trapped by your own tropes. I write easily about modernity and pepper my lyrics with slang, brand names and colloquialisms. I wanted to write about something in Essex’s past that spoke of its strangeness and also forced me to write in a language suitable for another period.”

Between 1644 and 1646, approximately 300 women were executed for witchcraft in the eastern counties of Essex, Suffolk and Norfolk. Matthew Hopkins was the self appointed Witch Finder General who travelled East Anglia and helped small communities to rid themselves of these lonely, widowed women.

The album deals with fear and isolation, the way we use our own terror in times of trouble to lash out at the weak. It’s about how societies persecute otherness and outsiders.

The album also concerns itself with the wider context of the English Civil Wars. Hayman sings about King Charles I’s doomed love for his French bride; Parliamentarian spies; Puritan ideals and the comfort of animals.

The album is epic in both concept and sound. The landscape of the Dedham Vale is bought alive by beautiful intricate woodwind scores, trembling strings and destroyed church organs.

The Violence is an outstanding creative achievement, a truly unique and unprecedented album.

“It’s about how violence frightens us and how fear just leads to greater violence,” says Hayman.

Glowing reviews for the Violence…

‘Hayman’s fragile delivery gives voice to the paranoid and persecuted of the past while drawing subtle eerie parallels with modern times. A major work.’ – Mojo – 4 stars.

‘All that he does is beautifully thought-out, clever and tuneful and The Violence is no different…diverse, gently melodic and skilfully wrought…lovely, literate, approachable way to approach the past.’ RocknReel 4 stars.

‘These are wonderful pop songs, each a compacted treasure of melody and heart. Autumnal, witty, sad and very, very English The Violence is the high watermark of Hayman’s career and one of the finest British releases of 2012, a record that neither floats, nor drowns but soars.’ – The Quietus

Buy the Violence on download from bandcamp here for £8.50