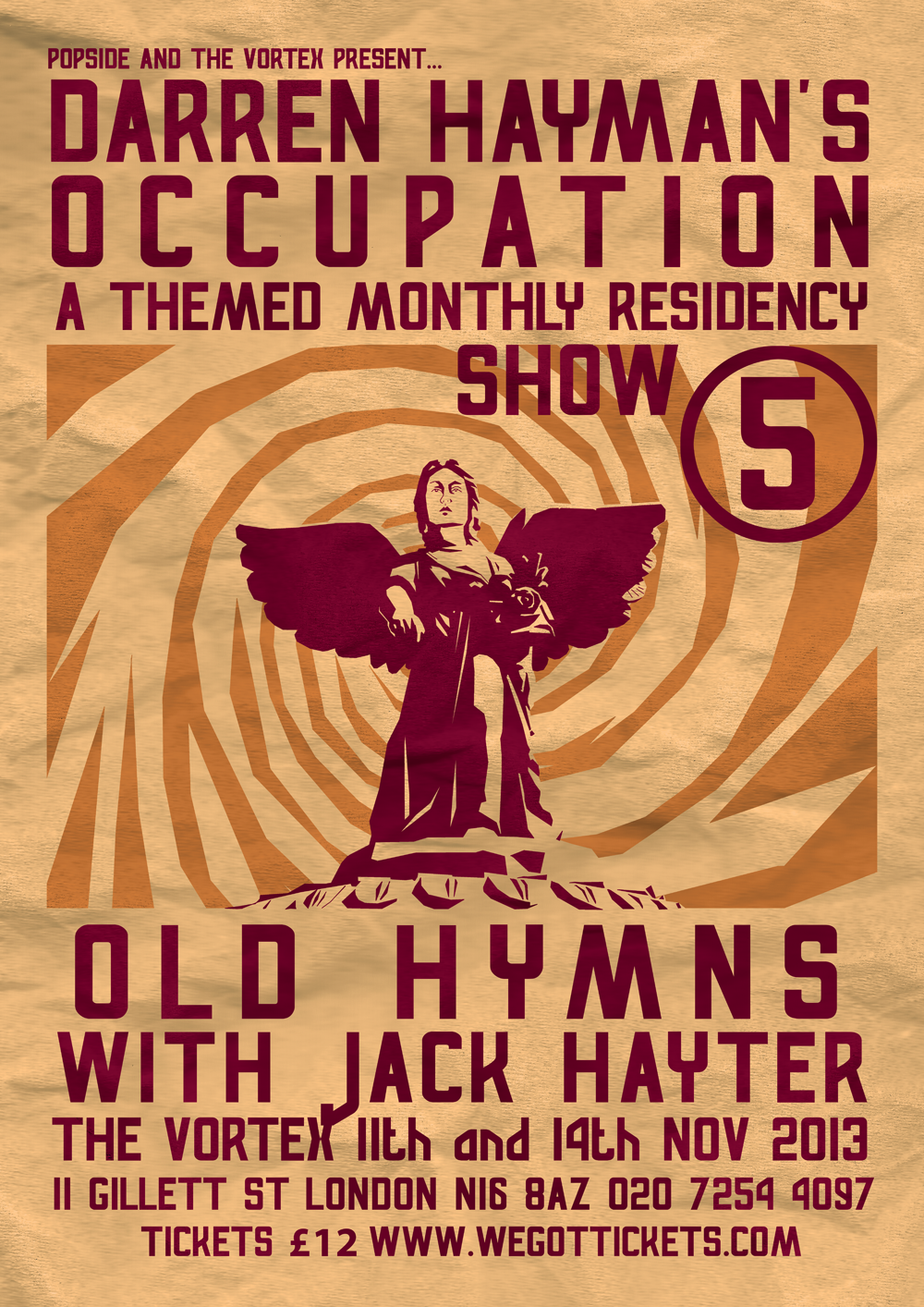 For the fifth Occupation show we are expanding to two nights; 11th and 14th NOVEMBER

The theme this time is simple, Darren and his old bandmate Jack Hayter will play the songs of their old band Hefner. Darren and all the members of Hefner have remained firm in their intention that the band will never reform and even nights like these are very rare. The last time Jack and Darren played sets like this was in 2008.

This time Jack and Darren hope to turn their attention to the softer side of Hefner. Less Hello Kitten, more Hymn for the Alcohol.

ALTHOUGH THEY ARE PLAYING TWO NIGHTS  THE SETS ON BOTH NIGHTS WILL BE LARGELY SIMILAR.

Support on 11th is from Papernut Cambridge. An awesome new band, formed in a dream and sometimes featuring Darren himself.

Support on 14th is from Jack Hayter playing his own songs.