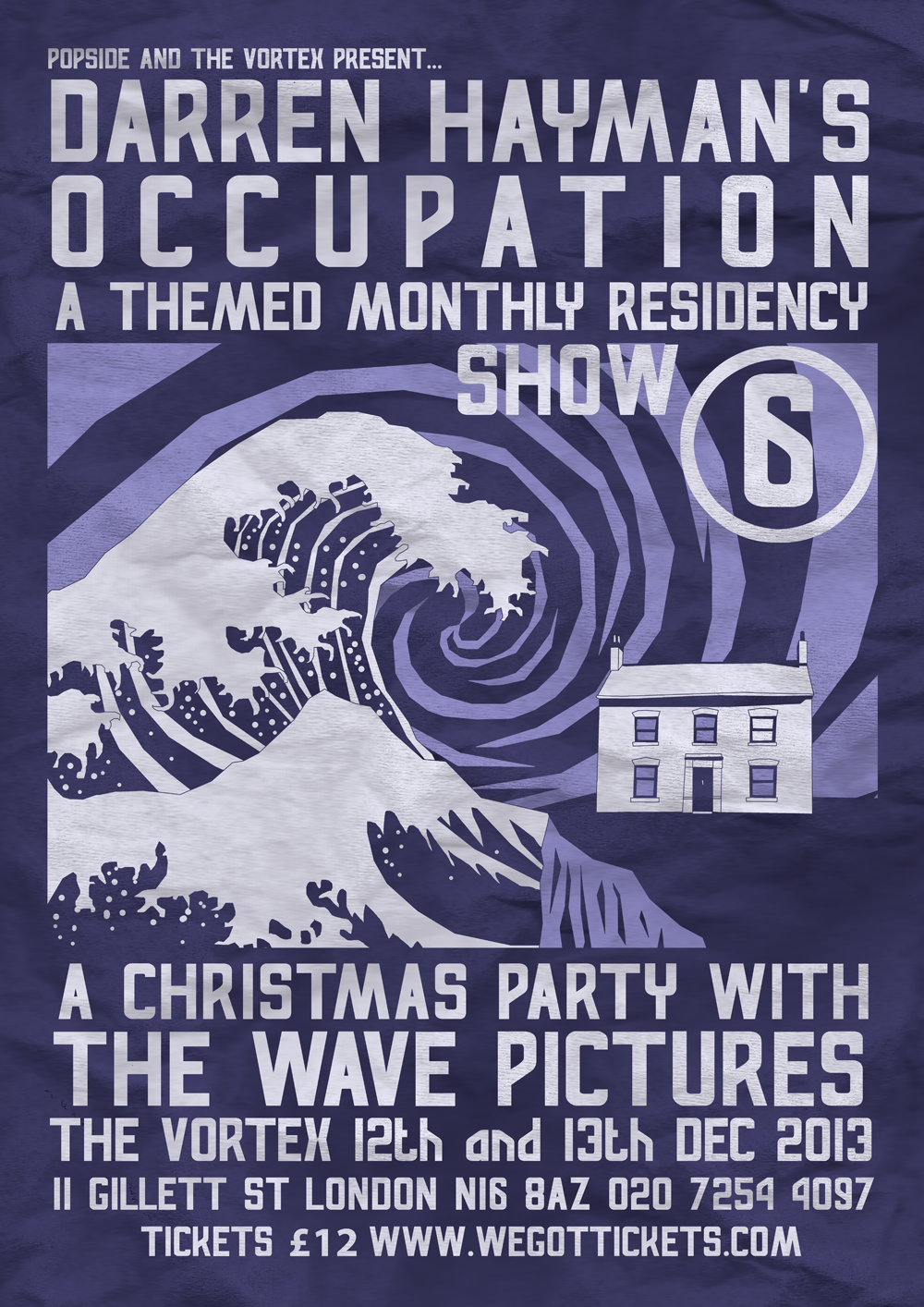 Occupation Show 6 at the Vortex Club will be over two nights on the 12th and 13th December. Darren will be playing sets with The Wave Pictures.

It’s a long time ago not but when the Wave Pictures first moved to London back in 2006 for a short while there were the original Secondary Modern. Darren took them to Spain with him and they also did a few UK shows. Since then they have collaborated regularly, playing on each others records and Darren directing Wave Pictures videos.

In 2011 they made a single together ‘Who Hung the Monkey’, part of the January Songs project.

To make the show extra special we are going to try and organise a secret santa event. Every ticket holder should try and bring a £5 ish present and all of the presents will be swapped and distributed throughout the night.

THE SETS ON BOTH NIGHTS WILL BE LARGELY SIMILAR.