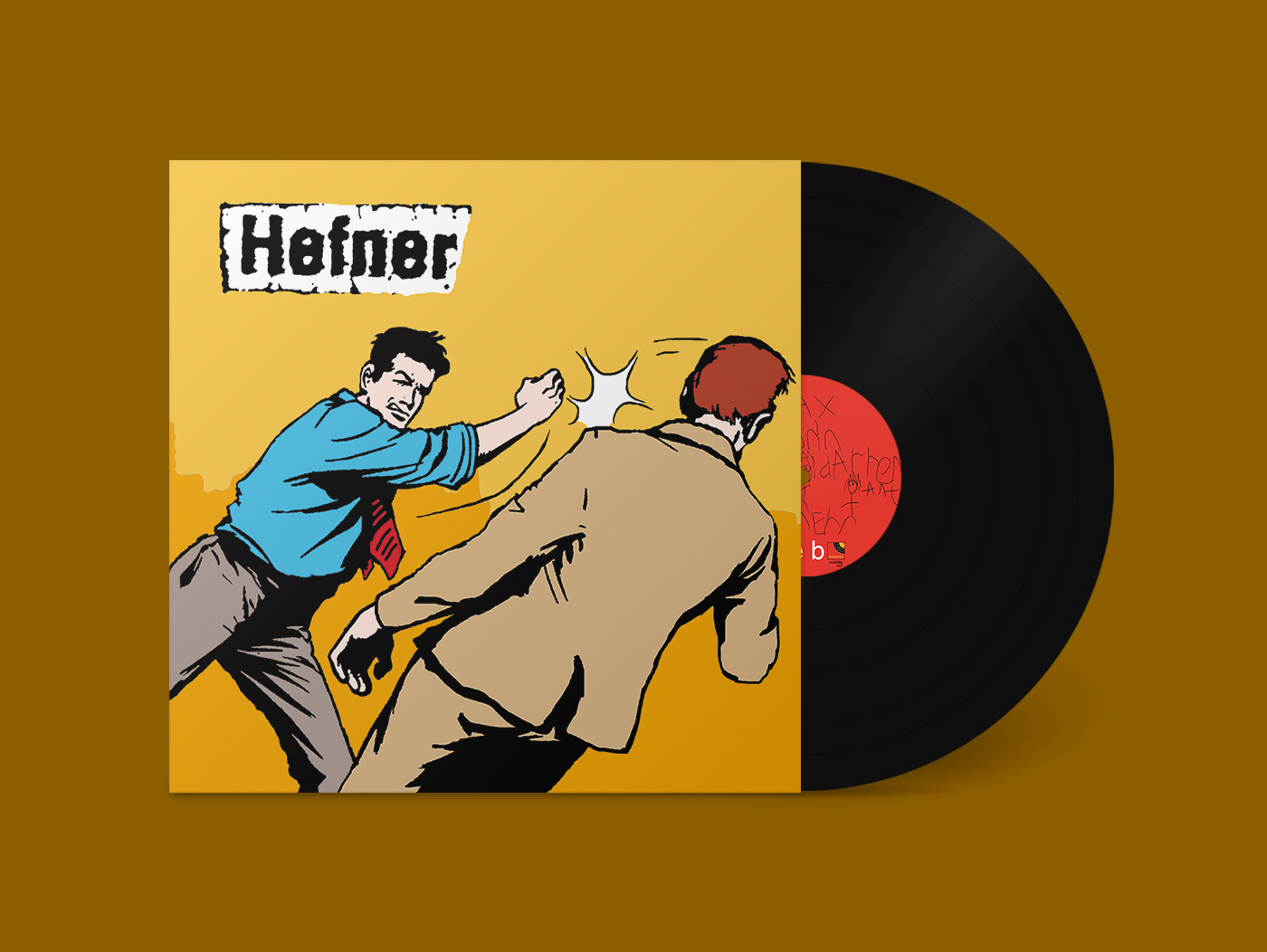 Hefner’s third long player, We Love The City was initially released on 16th October 2000 and will be getting a vinyl re-issue (on cult indie label wiaiwya) on 18 Feb 2022. Available on black.

On 26th August 2000 Good Fruit, the first single to be taken from the album, peaked at number 50 in the ACTUAL charts

And four tracks from We Love The City made it to Peel’s Festive 50 at the end of the year:

The Day That Thatcher Dies #12

“We Love the City was Hefner’s commercial and creative peak.

Having cleared a large backlog of songs on the band’s first two albums and various B-sides, for their third Darren Hayman wrote a new set of songs, loosely themed around love in the capital city. We Love The City eschews the band’s former broken indie-folk sound in favour of a bouncy, urban, blue-eyed soul, and an expanded line up including Hammond organs, Wurlitzer pianos and brass sections.

Songs like ‘Greedy Ugly People’, ‘Good Fruit’, ‘Painting and Kissing’ and ‘The Day that Thatcher Dies’ are typical examples of the direct, infectious, intelligent style that endeared Hefner to so many. The album’s narrative is conceptual and played out by a retinue of vividly drawn characters, but at heart this is Hayman’s most personal and focussed work.

Make no mistake, this band is adored – maybe some people like nothing better than listening to ditties about characters whose personal life is far worse than their own.

Order We Love the City on black vinyl here!

‘Our most successful song from our most successful album’, muses Darren. Featuring vocals from Amelia Fletcher (whose indie pedigree includes Talulah Gosh, Heavenly, Marine Research and Tender Trap), the single achieved substantial radio play and was packaged as a 2 CD edition: disc 1 included the home-recorded b-sides, ‘Jubilee’ and the instrumental ‘Blackhorse Road’, while disc 2 featured ‘I Will Make Her Love Me’ and ‘Seafaring’. The 7-inch included two remixes by The Wisdom of Harry and Piano Magic.

Darren’s favourite Hefner song for its ‘simplicity of lyric and sentiment, but done in an original way’. The double CD edition featured, on CD-1, the b-sides ‘Milkmaids’ and ‘Kate Cleaver’s House’, and ‘Everything’s Falling Apart’ and ‘Don’t Give Up On Us Babe’ (a David Soul cover) on CD-2, while the 7-inch included two remixes by Baxendale (a band previously released by Darren on his now-defunct label Evil World) and Electric Sound of Joy. A rare twelve-inch also exists featuring a longer version of Baxendale’s mix.