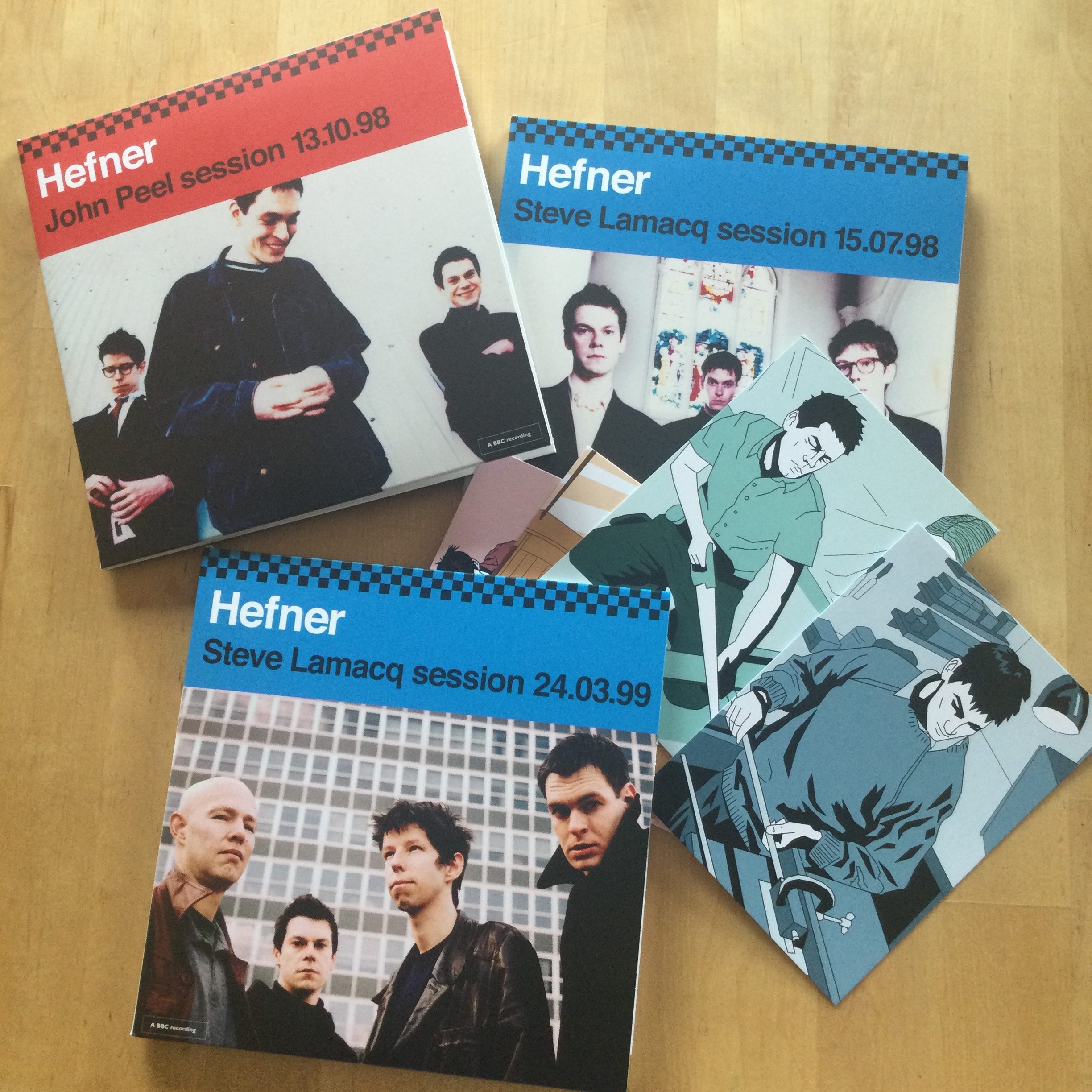 Hefner John Peel Session 13.08.98, Lamacq session 15.07.98 and Lamacq session 24.03.99 all together in one bundle. Each one is a double seven inch with gatefold and sleeve notes by Darren Hayman and a total of 12 postcards.

Pre-order the Lamacq and Peel session together. Prices include P and P. 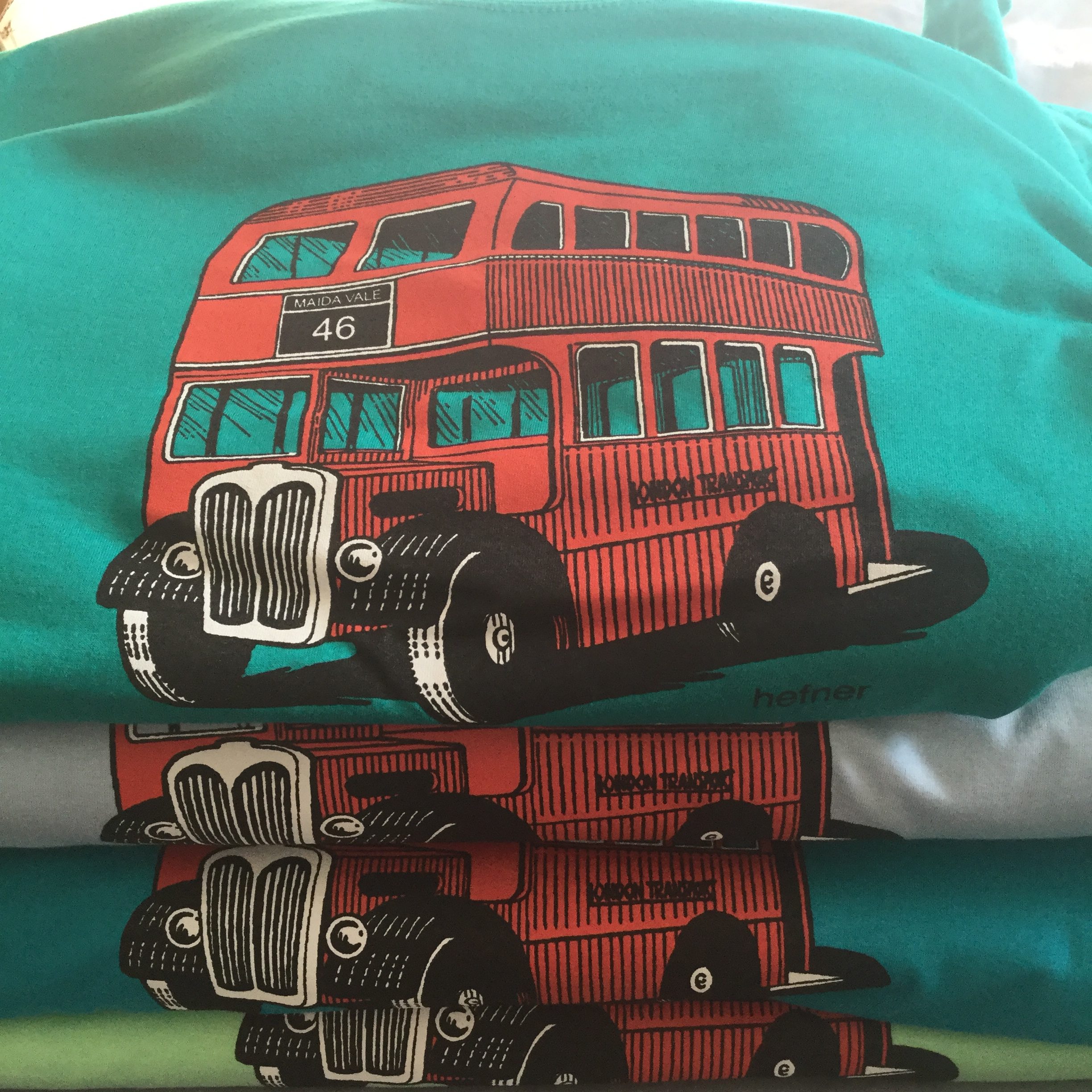 Classic Hefner t-shirts are back.

Available in four sizes and four colours. Colour samples below.

Using the design from the ‘Maida Vale’ album.

Finally, a second repress of the debut album by Darren Hayman and his first band Hefner in time for the 20th Anniversary.

It’s like the original. It has ten songs on it.

The two CD version has 40 songs on it, including 30 b-sides and outtakes. 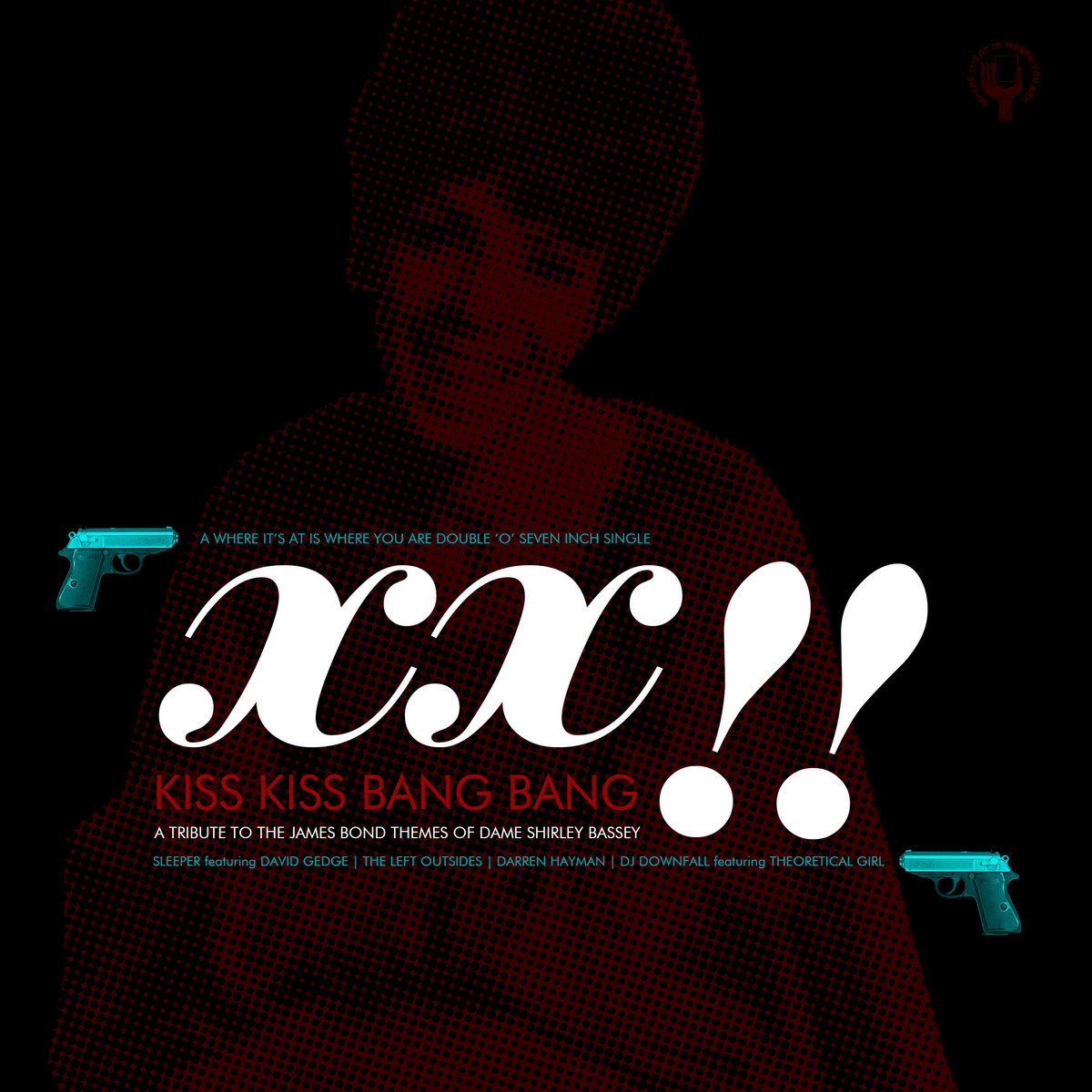 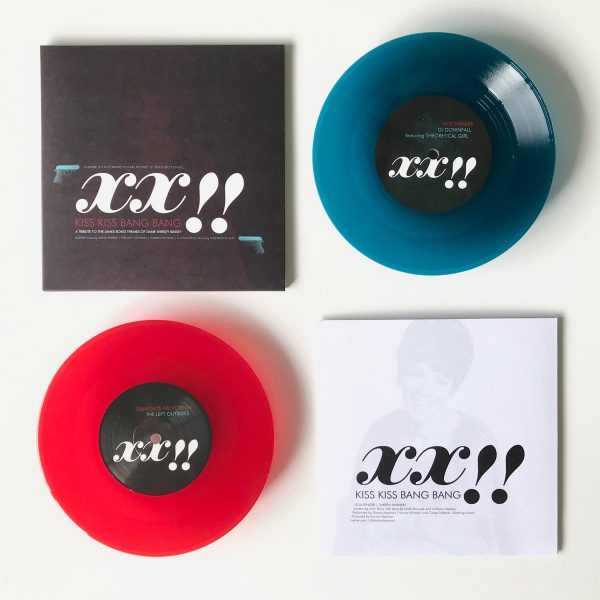 Darren covers Goldfinger with backing singers and everything. 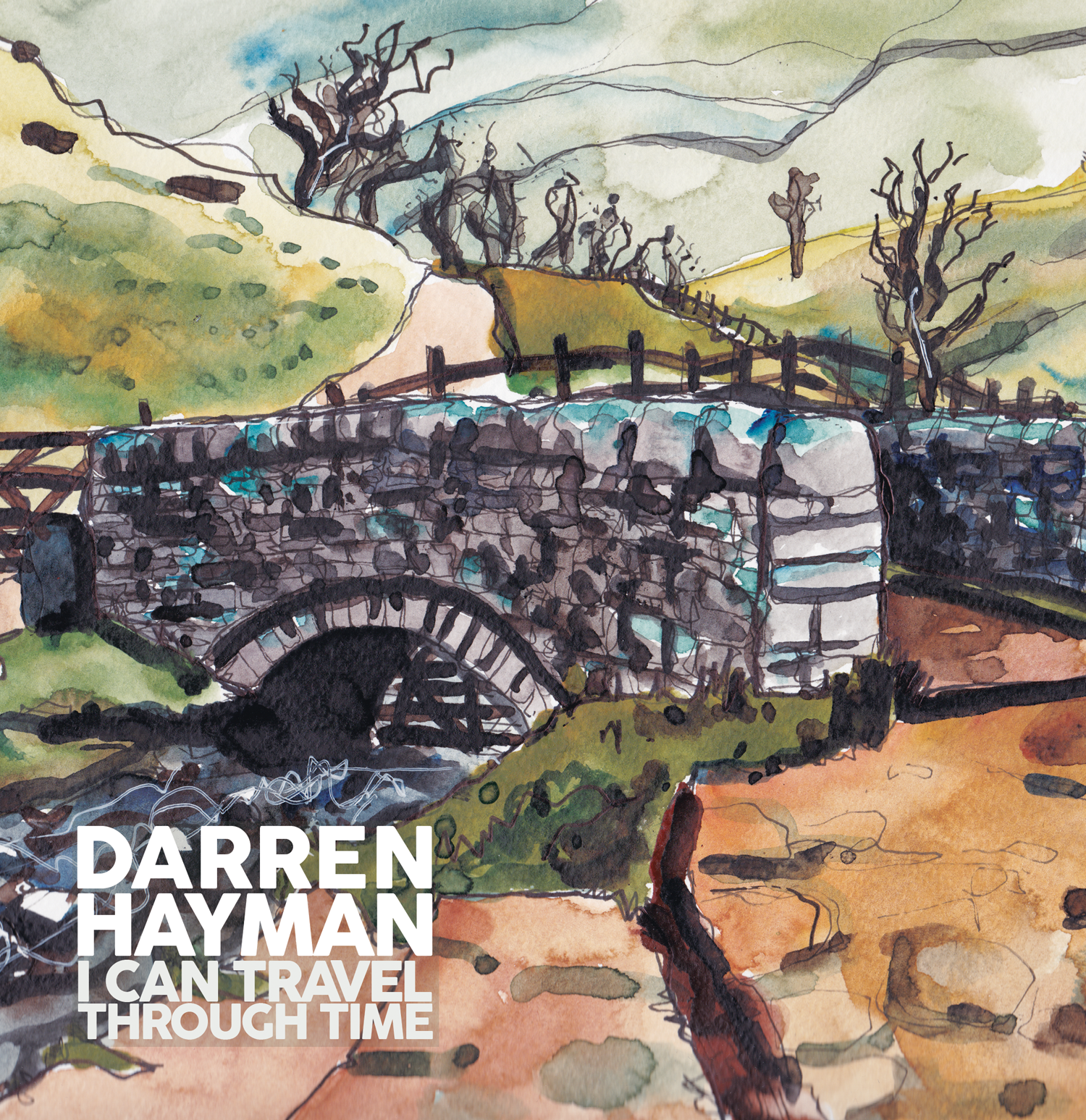 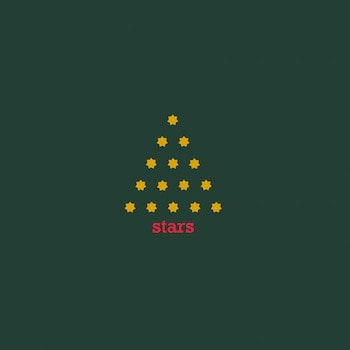 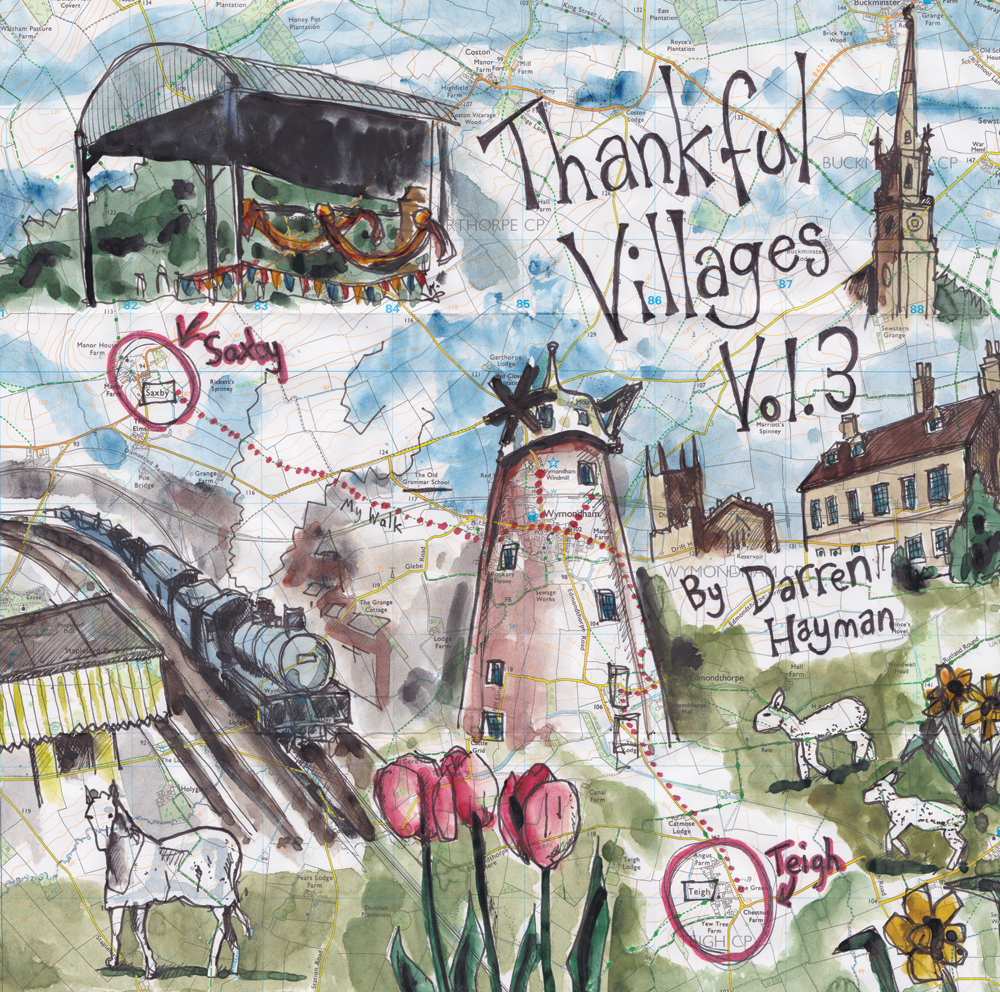 Released on 9 November, to coincide with the hundredth anniversary of the end of the First World War, Thankful Villages Volume 3 is the final instalment of Darren Hayman’s epic study of rural British life.

A ‘Thankful Village’ is one where every soldier returned alive from the Great War. Darren has visited all 54 of these villages and made a sound recording, painting and film in each one.

Thankful Villages doesn’t concern itself exclusively with the War, however. It is an exploration of rural communities, including collected stories, interviews, folk songs, soundscapes, field recordings and new original songs.

The record takes the form of a fantastical radio show as Darren unearths lost human stories from hidden rural idylls.

The first volume of Thankful Villages revolved around a theme of churches, while the second volume focused on rivers. This third chapter concerns itself with the younger generation. In Hunstanworth, County Durham, Darren records a young girl called Ruby reading a poem written by her grandmother in 1974, on the day of that village’s school closing. The school itself is still signposted by the Giant’s Stride, a Victorian playground apparatus that towers above the village and features on the cover of Thankful Villages Volume 3.

In Wysall in Nottinghamshire, Darren finds lost cine film of the village shot by two sisters, locally known as ‘the Miss Evans’ and unseen for decades. Julia relates a poignant memory of the closing the village school she went to as a pupil, and how in winter the children warmed themselves around the single stove in the middle of the sole classroom.

In the village of Teigh in the county of Rutland, we hear Sally Beers tell us about her grandfather, the Rev Henry Tibbs, who was arrested and jailed for being a Nazi sympathiser during the Second World war; we learn about mysterious lights in the church and swastikas painted on the door of the vicarage. The soundtrack to this story is in collaboration with the esteemed film composer Simon Fisher Turner.

Since the dissolution of his first band, Hefner, Darren Hayman’s work has increasingly explored location and history. Thankful Villages Volume 3 is the beautiful and poignant culmination of this process; tiny, human vignettes plucked from Britain’s blanket of green.

Previous volumes of Thankful Villages have been extensively covered in features in the Financial Times, The Guardian, The i and the New York Times. Darren has appeared as a guest discussing the Thankful Villages project on BBC Radio 4’s PM and Loose Ends, and The Verb on Radio 3.

He has filmed a segment about Thankful Villages for a documentary to be shown on ITV on 11 November. He is available to write and talk as a musical guest and also as a historical expert on the subject of Thankful Villages and British rural life.

“Enchanting and oh so English in execution and eccentricity.” fRoots

“An intoxicating collection of folk songs, dreamy instrumentals and poignant interviews set to music, layered with sounds harvested from his visits.” The Financial Times

“Listening to Thankful Villages is to hear a range of stories stretching across history.” The Independent i

“The project resembles a fascinating, occult history of the British countryside, filled with largely forgotten rural stories.” The Guardian 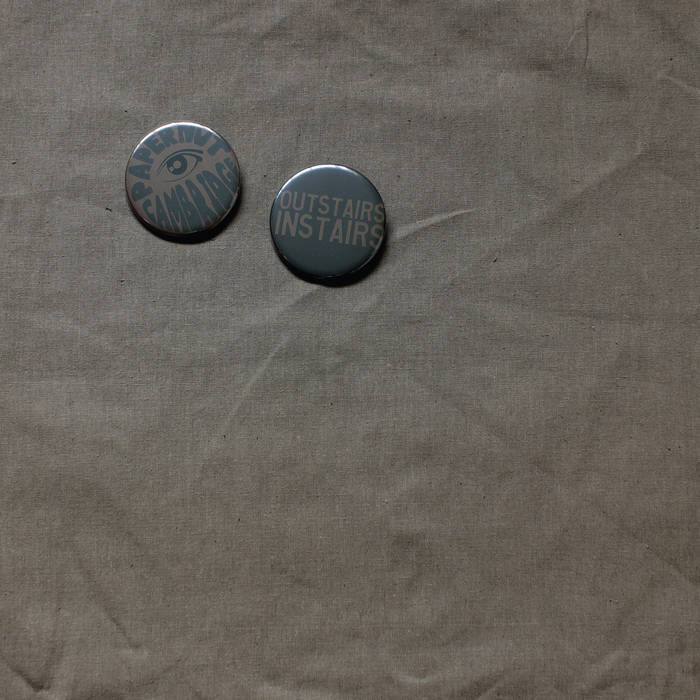 (Papernut Cambridge is a band in which Darren plays drums, bass, keyboards and saxophone in).

Here Ian Button returns with a core of Papernut regulars plus additional friends and collaborators, and perhaps the most introspective and direct Papernut Cambridge album so far. There’s both flippancy and openness here in a set of songs that mix topics such as self doubt in love, agoraphobia, stealing a dog from Battersea Dogs’ Home, St Peter’s admin troubles in Heaven, father-to-son advice and more. There’s fun, hooks and tunes…but also mortality……stoicism….a kind of spirituality…….all set against music and arrangements that span sunshine guitar pop, Hunky Dory-esque piano flourishes, tearful pub ballads, baggy country glam, even psych boogie woogie.

Outstairs Instairs takes its title from inventor/architect Richard Buckminster Fuller’s idea for a more astronomically accurate way of describing going up or down stairs i.e. outwards from the centre of the earth, or inwards towards it. On the vinyl version, side one plays from the centre outwards, side two from the outside in.

12″ vinyl LP pressed on 140g black vinyl. Side A is an INSIDE OUT cut (plays from the centre label outwards), and side B is cut normally. The LP comes in a brown paper inner sleeve and reverse board outer sleeve (green artwork) with an A4 card lyrics insert.

Includes a CD version of the album. 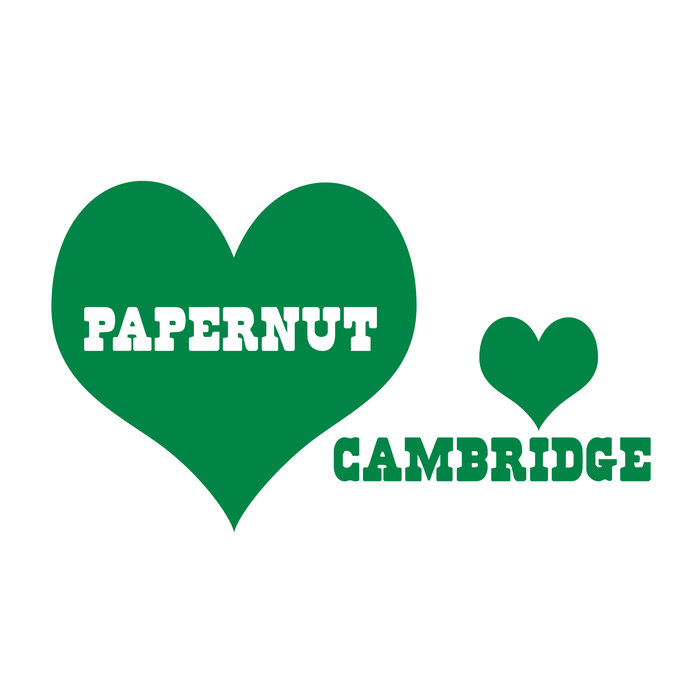 This is a beautiful album, packaged beautifully. I play drums on it and sing a bit, I probably do some other daft shit on it as well. 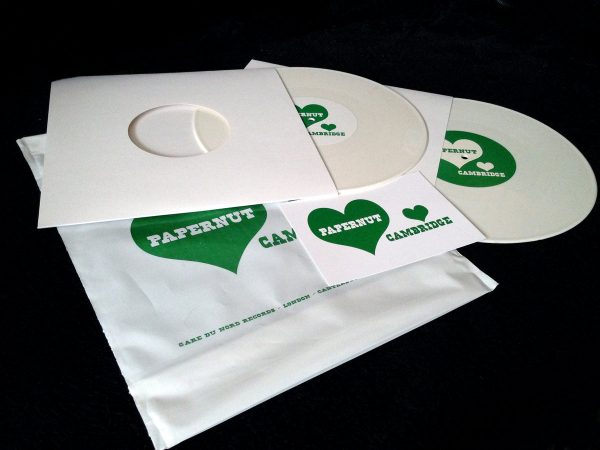 Buy the album on download direct from Papernut Cambridge… 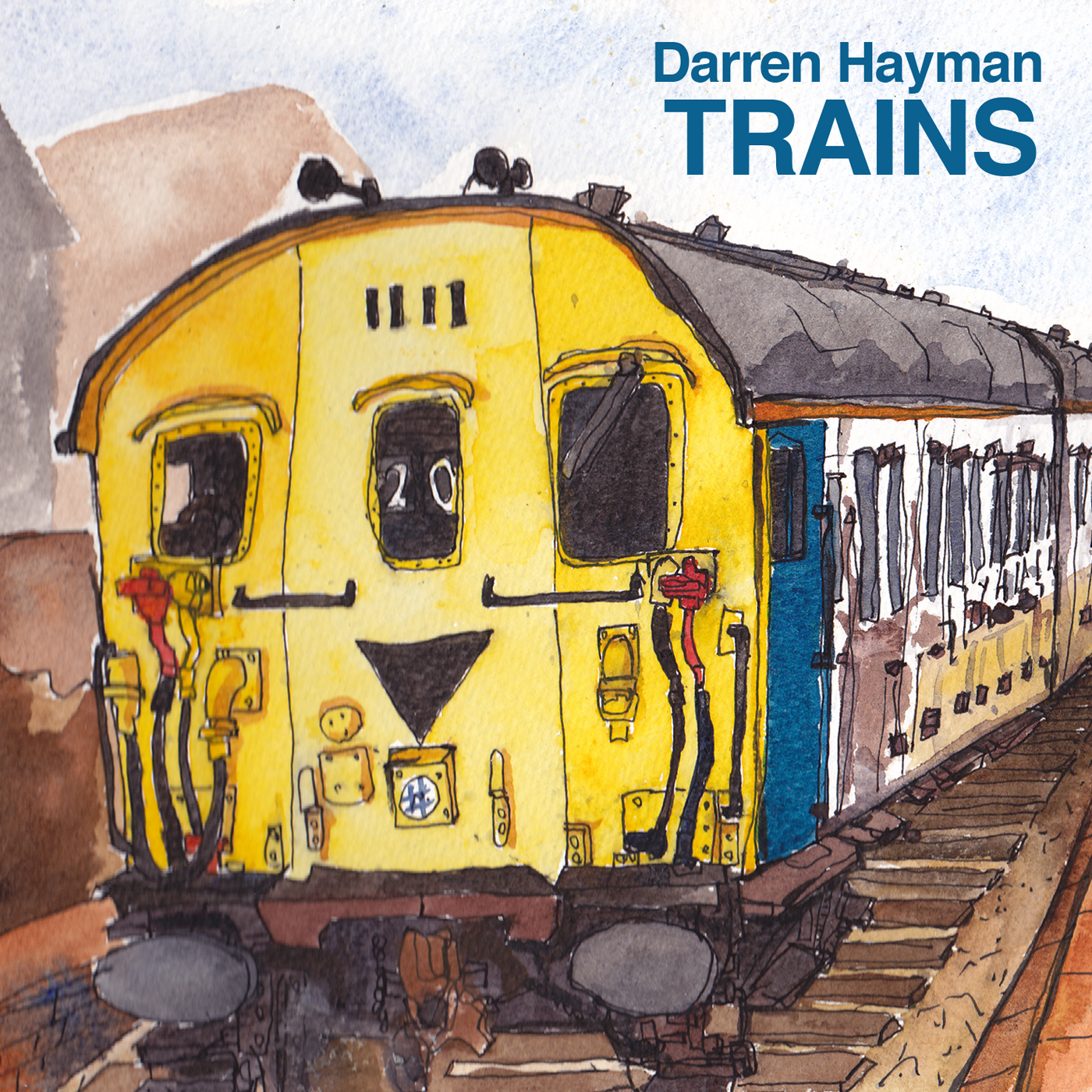